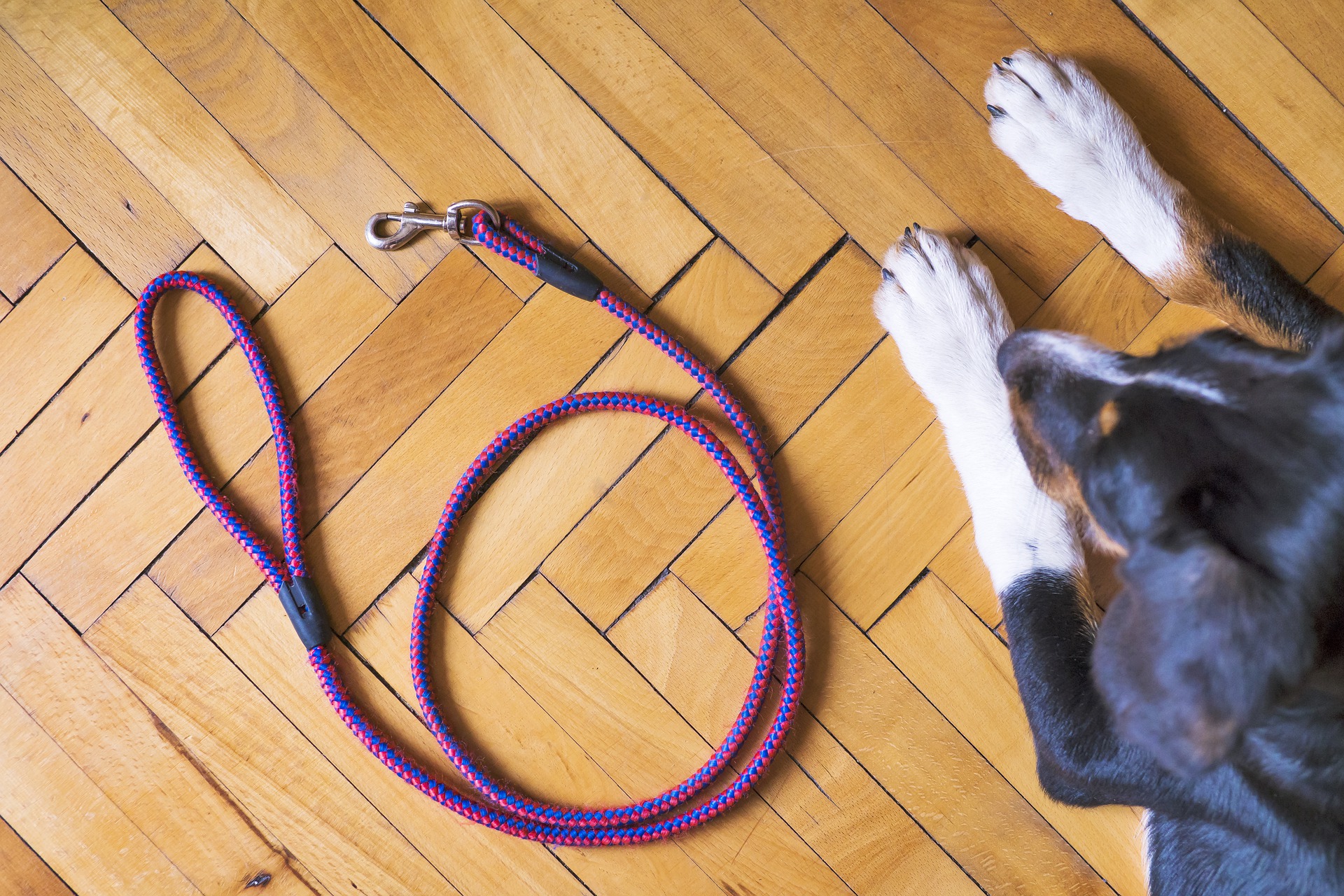 As trainers and behavior consultants, our job is to change behavior. Some behaviors are harder to change than others. Obviously, behaviors driven by strong emotions are difficult to change. But, intense emotions are not the only factor that can make behavior change difficult. Habitual behaviors are also very hard to alter. Furthermore, I believe habit plays a major role in driving certain behavior issues. This month’s blog post will explore the role of habit more deeply.

First, we have to understand what habit is. Wendy Wood defines habit as an automatic behavior that doesn’t involve intentional choice. If you know a bulb is out in a lamp, and you turn it on anyway, that’s due to habit. It can be more serious than that too. For example, if you are trying to eat better, but still reach for the tray of brownies in front of you, that is likely due to habit as well.

In instrumental conditioning, behavior is contingent upon the outcome of that behavior. For example, the dog is sitting because he wants a treat. The behavior will change if the outcome changes. If the dog sits and there is no treat, he will quickly decide to stop sitting. He also won’t sit if he doesn’t care about the reward being offered. Sitting because he wants a treat represents the behavior-consequence aspect of learning. The behavior continues because it’s being reinforced by the consequence (the treat). In this case, the animal is actively and intentionally choosing to perform a behavior in exchange for reinforcement. This is also called goal-directed behavior. 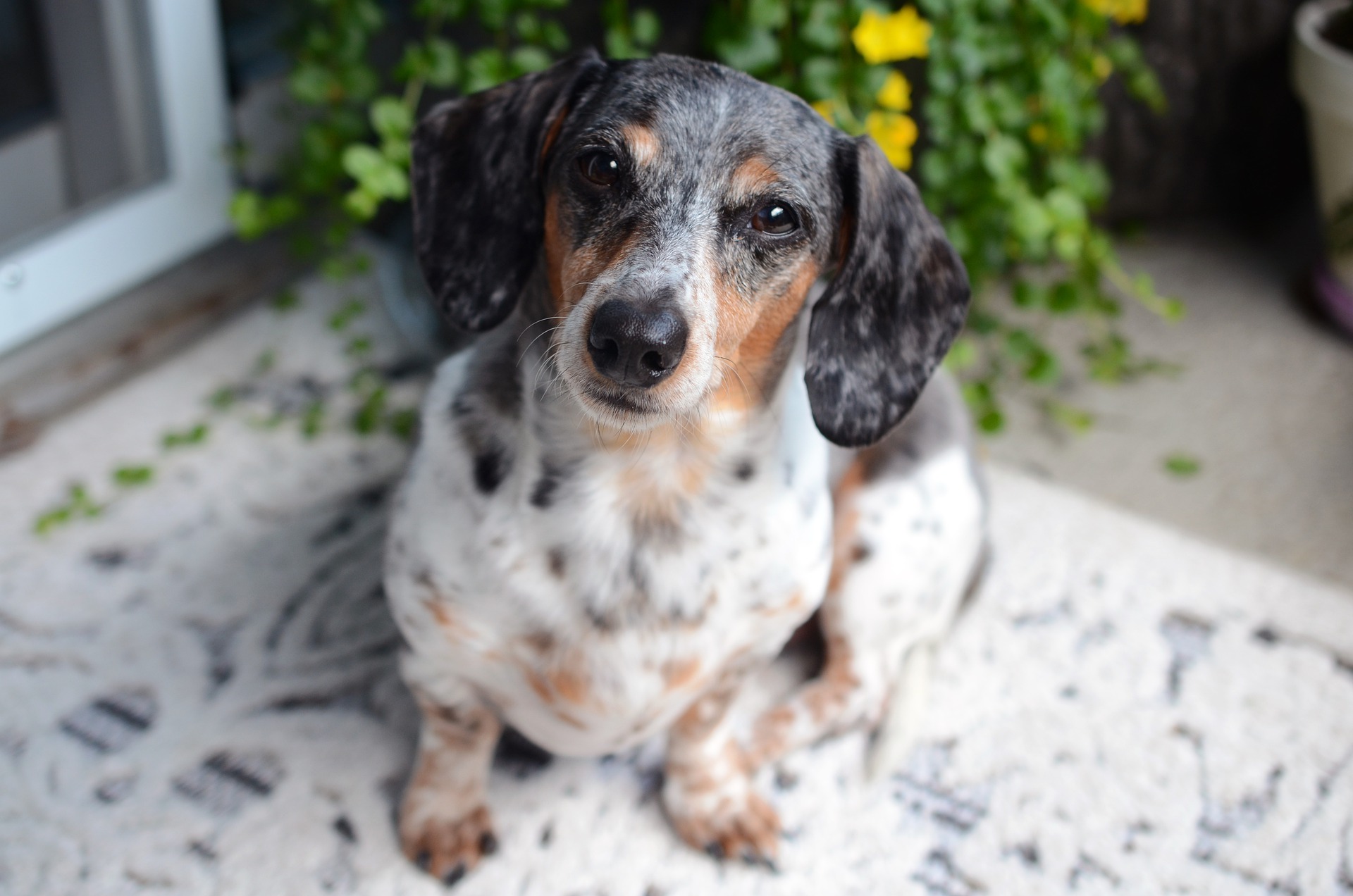 However, behavior can also be non-contingent. That means a behavior may occur regardless of the consequence. In this case, the behavior becomes controlled by the antecedent (stimulus) itself. The behavior essentially becomes automatic. That means that the behavior will continue even in the absence of a reward. Consider this example. You need to drive to work. You know there is road construction and you need to take an alternative route, so you give yourself some extra time and plan to stop at the bank along the way. Instead, you take your typical route, get stuck in traffic, miss your trip to the bank and arrive late to work. Even though you planned ahead in an intentional way, once you got in the car with the intention of going to work, automatic behavior took over. This is an example of non-contingent, or habitual, behavior.

Habit plays a role in animal training as well. Habits form when a behavior is repeated over and over again in the same context. If you ask your dog to sit 100 times in the kitchen, she will likely sit automatically whether you have food or not. A reactive dog that has barked and lunged at another dog multiple times a day for weeks or months is developing a habit.

The thing about habits is that they become very rigid and inflexible. They are effectively under the control of the environment (the stimulus or antecedent) and that makes them very difficult to change. These behaviors will continue even if the reinforcement stops. Habitual behaviors are no longer under conscious control. In fact, habitual behavior is even controlled by different brain areas than goal-directed behavior! This is yet another reason punishment is problematic. If the dog is engaging in behavior due to habit, they are not fully in conscious control of their behavior and punishment is likely to simply add to the stress without having a long-term impact on behavior. 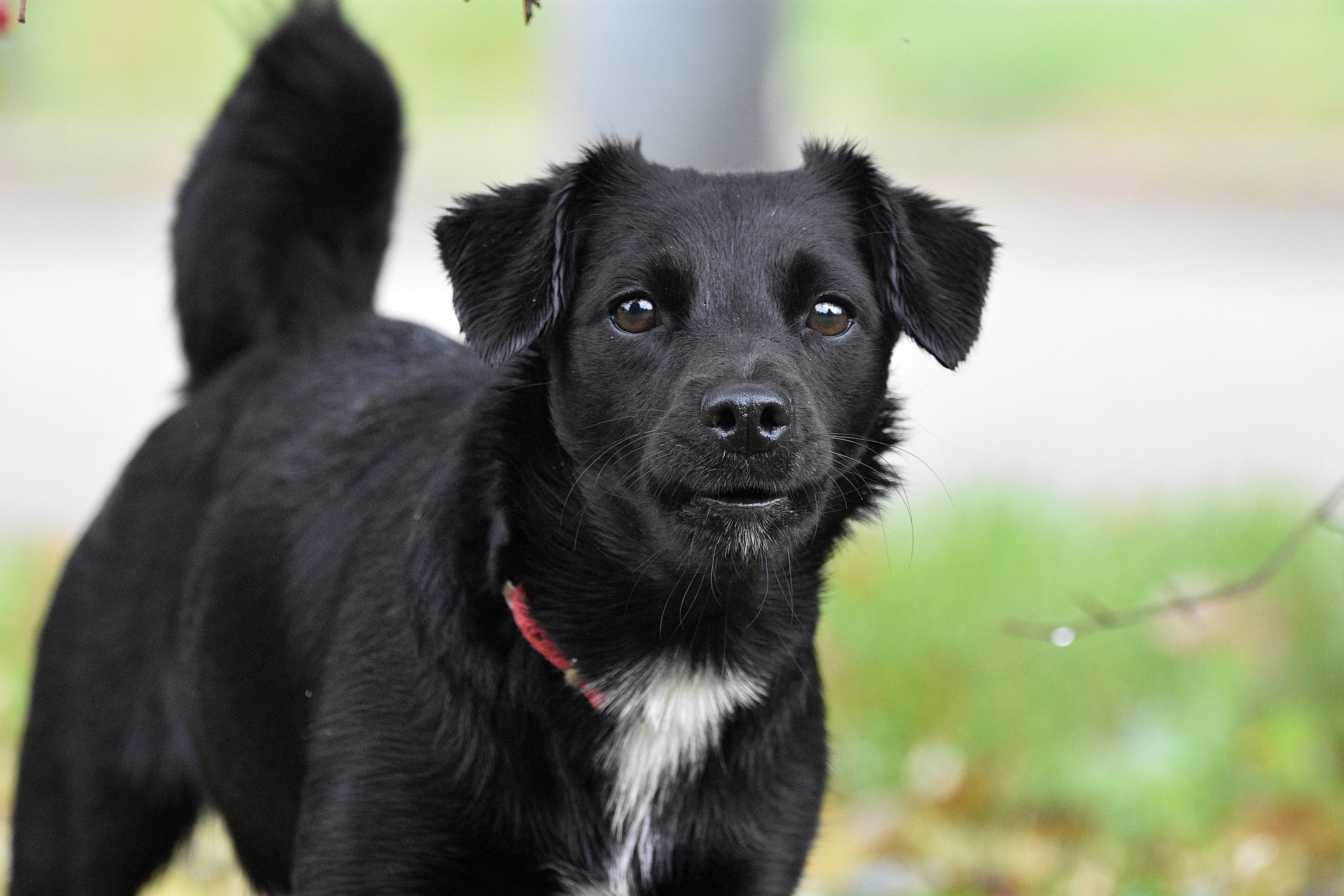 How can we use this information to our advantage? Above, I stated that habits develop when a behavior is repeated over and over again in the same context. The key word in that statement is “context”. Researchers Killcross and Coutureau (2003) trained the same rats to perform the same behavior in two different contexts. In one context, they “overtrained” the behavior, meaning that the rats repeated the sequence so many times that the behavior became habitual. This made it insensitive to changes in reinforcement. In another context, they “undertrained” the rats, meaning that the behavior remained goal-directed and was still sensitive to changes in reinforcement.

What’s notable about this study is that it was the same behavior in the same animals. The only difference was the locations. In the overtrained context the behavior was inflexible. But, in the undertrained context, the behavior remained flexible and could be changed. This is so important! Why? Because our goal is to change behavior in dogs! If you can’t get a behavior to change, simply changing the environment may be enough to get the animal unstuck.

I trained my dog Finn to back up using a rear foot target. I was being lazy and wasn’t worried about fading the prop very quickly. That was a big mistake! I repeated this behavior so many times with him in the same way, that I eventually realized he would back up as soon as I set the board down and stood in front of him. The problem was, I needed him to do it on a verbal cue. I tried many different techniques for getting the behavior on verbal cue and nothing worked. Both Finn and I became extremely frustrated. (This was not a great training moment for me.)

It was around this time that I was reading up on habit. It occurred to me that I had always worked on backing up in the same room and I wondered what would happen if I simply picked up the board and moved to a different part of the house. After many, many sessions trying to change the behavior in the training room, I was able to get “back up” on a verbal cue in another room in about two minutes. Obviously, it took longer to get it solid and consistent, but it was an immediate and dramatic change. (Below is a picture of Finn in his happy place.) 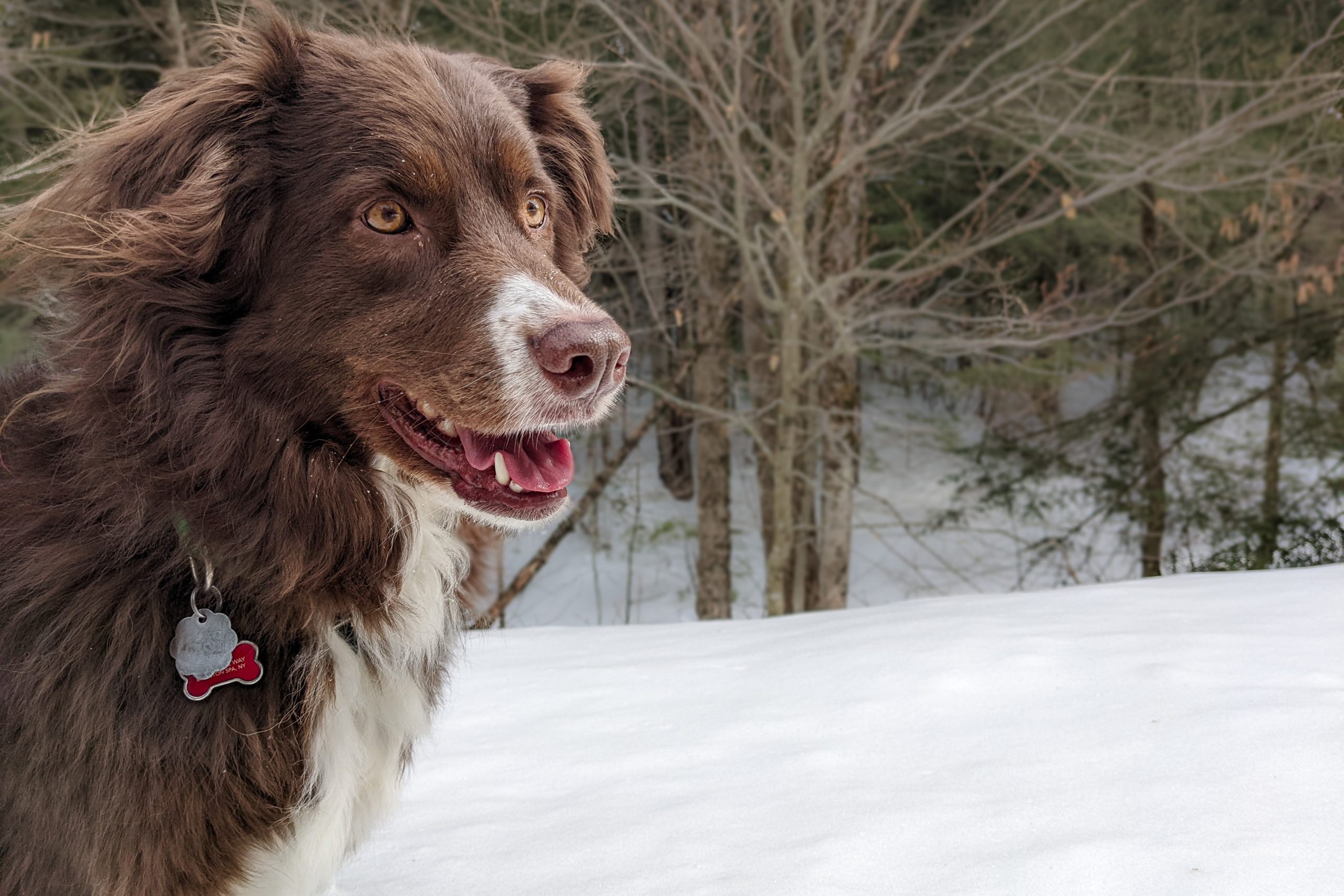 For example, in the case of a reactive dog, walking that dog in a new place may make him more open to behavior change. If we can get the behavior of barking and lunging more flexible, it will be easier to prevent or interrupt it. Then we can replace it with something else, like “look at me”. Once the new behavior becomes solid in the new context, we can return to the old context and ask for “look at me” there. Or, if the dog does well with the trainer, but not the guardian, the guardian may be giving an unintentional cue (body language, tightening the leash) that is part of the stimulus for the habitual behavior. If that cue can be identified and changed, it will be easier to change the behavior. If simply the presence of the guardian is triggering the behavior, then we’ll need to increase distance or make things easier in some way so that the guardian can still get success. 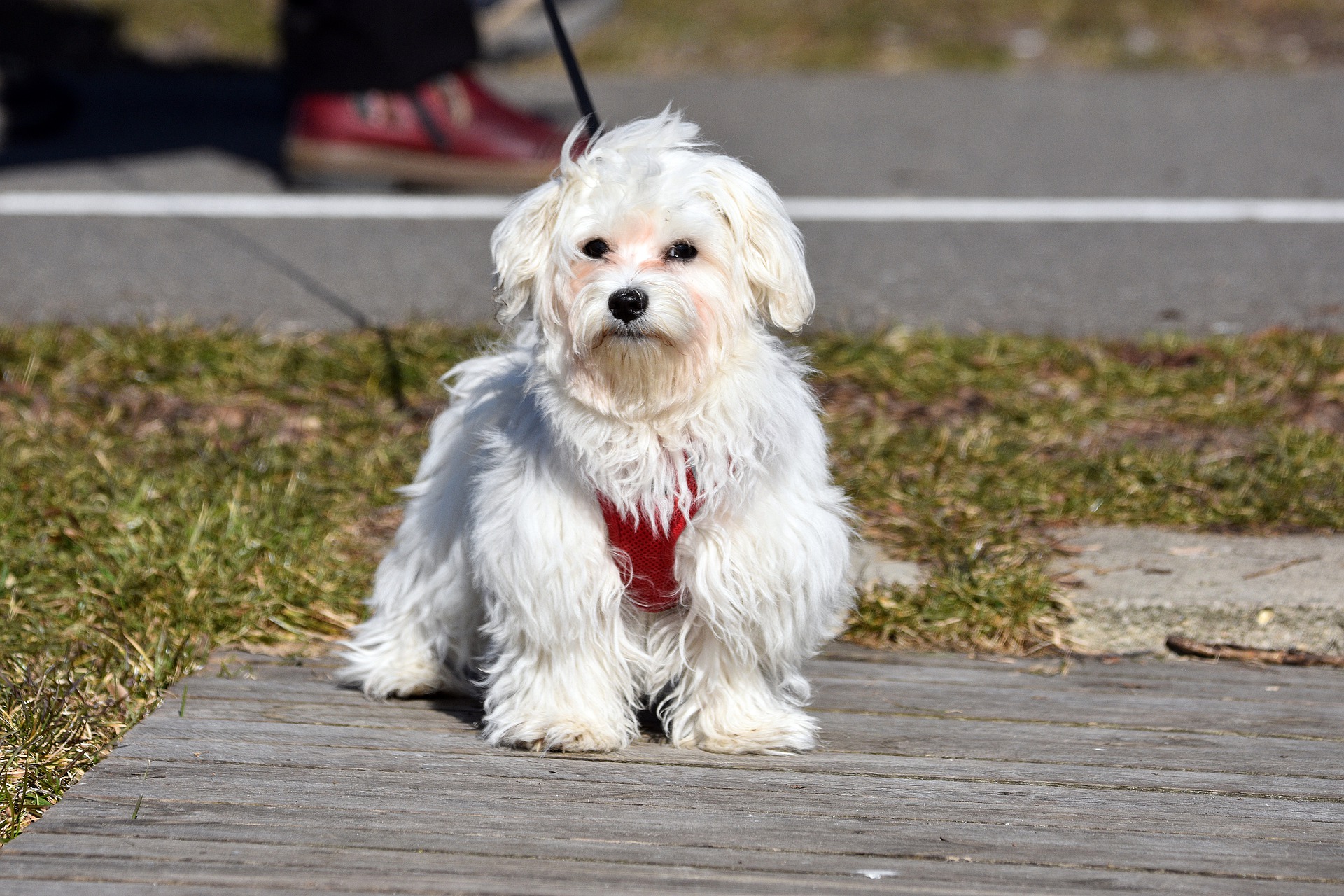 In some cases, we may want to make a behavior habitual. Stopping what you are doing and running full speed toward someone that calls “come” is an excellent example of a beneficial habit. In addition, if we want to train a replacement behavior (for example, replace bark/lunge with look at me), then the new behavior needs to become habitual so that the context now triggers look at me, instead of bark/lunge. This is why it is so important to practice replacement behaviors with dogs over and over again – the new behavior has to rival the strength of the original habit in order to effectively compete with it.

I have one last point about habit. When animals are cognitively challenged, stressed, distracted, or tired they tend to revert to habitual behavior. This is one reason why it may be so hard to change errors that occur during competition. If the dog develops a habitual mistake in the ring, the trainer may “fix” the error during practice only to see the same error return during competition. This makes perfect sense if the dog is stressed because stress triggers a switch to habitual behavior! The same thing is true for working with basic training and behavior modification. That’s why managing stress and making sure a dog’s needs are met is an essential part of behavior change. We also need to make sure guardians understand the relationship between stress and habit so that they can better manage it in their dogs.

If you’d like to learn more about the relationship between stress, learning, and behavior, check out my upcoming course on stress. If you’d like to keep up to date on the latest research on dog behavior through Research Bites. You can also click here to be added to my e-mail list.