The Terrible Teens – Adolescence in Dogs 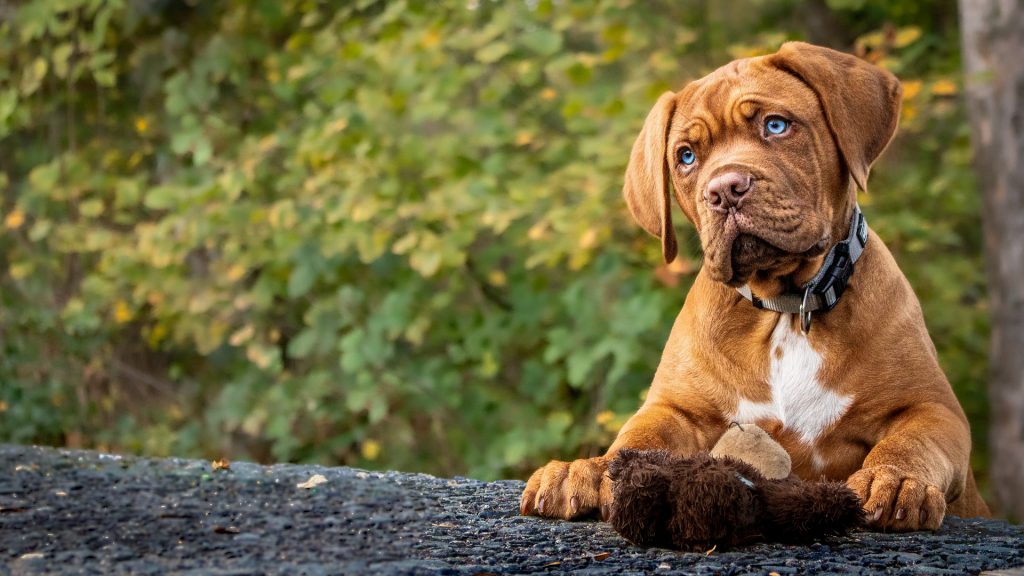 Over the years, I have been increasingly interested in adolescent dogs for a number of reasons. First, this is a hugely challenging period of time for dog guardians – and an age when many dogs are given up. It’s also probably a challenging time for the dogs themselves. That would explain why their behavior often becomes so problematic during this time. I have also learned a few interesting tidbits from the research. First, play during adolescence appears to be critical to healthy social development, at least in some species. Second, adolescents are particularly vulnerable to stress – and this is also the period when stress from earlier in development often starts to impact behavior. For these reasons, I was excited to read a recent paper on adolescence in dogs.

We all remember adolescence. That turbulent and hormonal time where you are figuring out who you are and how to be more independent, while still being dependent on your parents. Teenagers experience changes in mood, increased irritability, and increased conflict with their parents. Research has shown that the increase in conflict is particularly pronounced for children with insecure attachment styles and girls even tend to enter puberty at an earlier age. But that’s people. What is adolescence and puberty like in dogs?

That is the question a paper by Lucy Asher and colleagues aimed to address. The researchers looked at three specific questions:

It’s worth mentioning that adolescence isn’t well defined in dogs. This paper defined the beginning of puberty as the time of the first period of proestrus. This is a pretty standard marker of puberty in females, but it’s more difficult to determine the timing in males and spayed females. It’s even more difficult to define the end of adolescence. This paper considers 12 months as part of the “post-adolescent” period. In the training field, we commonly say that adolescence ends somewhere between 1 and 2 years, so a cut-off earlier than one year might be a bit early. However, I am not aware of any research defining the end of this period in dogs, so we are all just making educated guesses at this point.

Attachment and timing of puberty

In order to assess the question about female dogs and puberty the researchers looked at 70 intact females that were to become breeding females for a guide dog program. They were German Shepherds, Labs, and Goldens and mixes of those breeds. They assessed attachment by observing the dogs and then scoring them on the attachment-related questions from the C-BARQ questionnaire. They also assessed anxiety. The questions were completed by the guide dog’s caregiver who lived with the dog when the dog was between about 3 and 14 months of age.

I’ll be honest – I am not entirely sure what to make of the relationship between puberty and attachment. This is the first time I am coming across this information (in humans or dogs), and I know nothing about it other than what’s being reported in this paper. My first inclination is to say that the higher ‘attachment and attention-seeking’ scores might be connected with increased stress, which is leading to earlier puberty. However, anxiety was not associated with the timing of puberty, which makes that explanation unlikely.. Honestly, I think we would need a lot more data before we could make any strong conclusions about what’s going on here. One thing it does suggest is that attachment and attention-seeking either influence, or are influenced by, hormones. Hormones play a major role in a wide range of behaviors, so this is not surprising, but interesting nonetheless!

Conflict behavior was assessed by giving a sit cue to adolescent dogs and observing their response. Cues were given both by a caregiver and by an unfamiliar person. The dogs were tested at 5 months and 8 months. When responding to cues given by their caregiver, the dogs were less responsive during adolescence (at 8 months) than pre-adolescence (at 5 months). The difference was pretty big – adolescents were twice as likely as 5-month-olds to ignore the sit cue.

Interestingly, there was no difference between the two ages when the cue was given by an unfamiliar person! In fact, for the unfamiliar person, the dog’s response to “sit” actually improved.

These results fall more solidly into my area of expertise, so they are a little easier for me to interpret! I love that the researchers tested this behavior with people the dog knew as well as people the dog didn’t know. This allows us to get more insight into what might be driving the changes. I think the changes in trainability at 8 months could reflect increased conflict between adolescent dogs and their caregivers. That certainly is consistent with my anecdotal observations when working (and living) with dogs. At the same time, I think it’s too early to say for sure that the changes are definitely related to conflict.

There are other possible explanations as well. For example, perhaps focus decreases at that age, but the excitement of being with a new person overcomes the lack of focus. That could also explain why dogs did better with unfamiliar people than familiar people. I would love to see this study repeated by looking at other conflict-related behaviors such as mouthing or aggression. It’s also entirely possible that the different scores on the questionnaire are driven by owner perceptions (it’s harder to argue that for the decreased responsiveness to “sit”). However, even if the scores are influenced by owner perception, it’s still an indication of increased conflict, or possibly, decreased relationship quality.

There are some interesting results regarding attachment and conflict behavior. First, separation-related behaviors increased by 36% during adolescence (8 months)! They decreased again at 12 months. In fact, they were even lower at 12 months than they had been at 5 months. Further, at 8 months, increased ‘separation-related behavior’ was associated with decreased trainability. Higher attachment and attention-seeking scores at 8 months were also associated with lower trainability, but only during adolescence (not before or after). This may indicate that insecure attachment is driving decreased trainability. However, it could also be the other way around. Lower trainability could be driving insecure attachment. It’s also possible some third factor could be driving both. For example, if the dog has anxiety related to being left alone, they could be experiencing chronic stress, which could cause impaired cognition (and therefore trainability) as well as separation-related behaviors. What it does tell us, is that their is a relationship between insecure attachment and increased conflict – we just don’t know what direction that relationship goes in.

As the authors point out, the fact that dogs respond better with unfamiliar people during adolescence and worse with their caregiver, suggests that there is something more complicated going on than general changes to the body that happen during adolescence. It’s also interesting that ‘attachment and attention-seeking’ scores increase during adolescence. If nothing else, this is good information for trainers and behavior consultants to have, as it suggests that dogs struggling with being alone prior to adolescence, are likely to get worse as they get older (at least temporarily). Yet again – early intervention and prevention are key!

Recently, there has been an increased interest in the impact of attachment on dogs. The evidence from these studies tells us that attachment does, indeed, impact dog behavior. This study provides further evidence for that. It suggests that dogs are less cooperative with their caregivers during the second half of the year and that this behavior may be particularly pronounced in dogs that are insecurely attached to their owners. This tells us that families that are already struggling with their dog will likely have even more challenges during adolescence. They will need a lot of support. If we want to promote wellbeing in our dogs and keep them in their homes, it’s important that dog owners have access to this information!

How can we make the adolescent period easier? First, it’s important for people to understand that a rocky road during adolescence is normal and temporary. When you’re really struggling in the moment it can be hard to keep this perspective, even if you’ve been through it before with other dogs! Heck – I struggled with this with my most recent dog and I had helped hundreds of people through the process before! Nonetheless, I had to keep reminding myself that the ‘terrible teens’ would not last forever. Second, try to set realistic expectations. There are a number of things we can do to make things a little smoother during the adolescent period AND, to some extent, we just have to wait for our dogs to grow up. Conflict during this period is developmentally normal, and there is only so much we can do to change it. But it will get better as the dog matures.

What can we do to change it? The study suggests that the relationship between the dog and owner plays an important role. Therefore, strengthening the bond with your dog may be helpful. Try to foster positive experiences. Are there things both of you enjoy? Are there new things you could do together that might be fun? Set up small goals and celebrate those! Also – and this is so important – keep training during this period! Yes, ‘trainability’ may decrease during this period, but giving up altogether will certainly make things worse. It’s not that dogs are completely untrainable during this period. Not at all! It just harder than it is during other periods. However, continuing training during this period will help reduce the frequency and intensity of conflict when it does occur. Finally, make sure that dog is getting his or her needs met. This means the opportunity to do dog normal dog behaviors (sniffing, playing with other friendly dogs, chewing, etc.) and the ability to get exercise. Ideally, off-leash exercise in a safe, fenced-in area.

Adolescence is hard. And, it doesn’t last forever – with some extra effort and a whole lot of empathy and patience – we’ll get through it. If you continue to foster your relationship, train your dog and meet their needs, you’ll come out on the other side with a dog that is much easier to live with! What things have helped you successfully make it through adolescence?