The Development of Fear 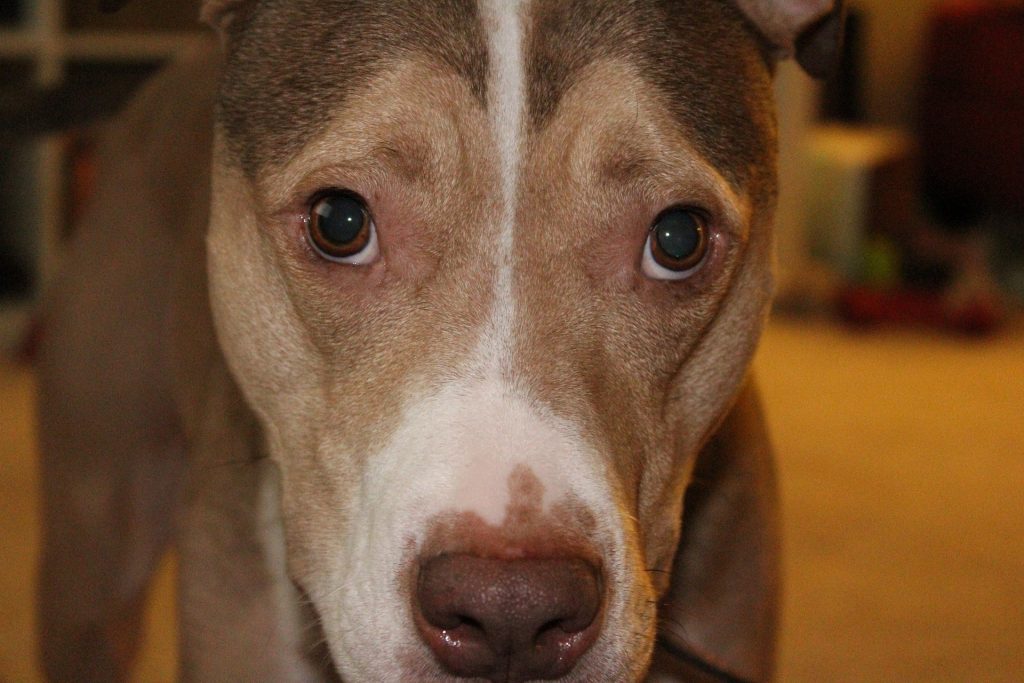 This month we’re going to take a look at fear learning. Fear and anxiety underly many of the behavior issues in dogs. Understanding the subtleties of how fear works can help us prevent and address it more effectively.

First, it’s important to understand how fear develops in the first place. Certain things are innately frightening for animals. This is controlled by genetics (by definition, innate refers to behavior that is not learned). MacLean et al. 2019 found evidence for heritability in a number of traits in dogs including fear. Exactly what individuals are innately fearful of will vary from species to species. The sensitivity to stimuli and intensity of fear will vary from individual to individual. As we know, dogs also learn to become frightened based on their experience. Dogs that have higher levels of innate fear will be more susceptible to learned fear as well because there are more things that are frightening to them in the first place.

The development of conditioned fear occurs through the process of classical conditioning where the dog learns to associate a previously neutral stimulus (such as a white lab coat) with an innately frightening stimulus (such as restraint and pain at the veterinary clinic). If we want to get technical, the lab coat becomes a conditioned stimulus (CS) for the unconditioned stimulus (US) of pain and restraint. Eventually, the CS of the lab coat comes to produce conditioned fear, which is the conditioned response (CR). The context that the US occurs in can also come to produce the conditioned response. In this example, the veterinary clinic itself can trigger fear, since that is where the pain and restraint are occurring.

The effects of previous experience literally change the brain. Prior learning can change the neurons in the brain in such a way that the sensitivity to future learning also changes. Incoming stimuli will cause certain neurons in the brain to activate, or fire. Neurons live in an interconnected web so when one neuron fires, or when many neurons fire together, other neurons can also become activated, leading to a chain reaction. These patterns of neuronal firing can cause changes in the brain that affect future learning. For example, if certain neurons routinely fire together, the connection between those neurons can become stronger. That particular pathway will now activate more quickly and easily. For example, a dog may learn that there is a connection between the cabinet and receiving ear medicine. Initially, they may not notice until you are opening the cabinet and reaching for the medicine and the behavioral response may be mild. But, if this connection is repeated many times, the dog’s sensitivity to the environment in that context and the intensity of the behavioral response will increase. This reflects changes in the brain itself as the neural pathway becomes stronger.

You can think of this as a path through the forest. Initially, there is no path, but if people (or animals) start to take the same route consistently, a faint trail will emerge. The more that trail is used, the clearer the path will become, making travel along that route easier and faster. This phenomenon is referred to as Hebb’s Rule, which is often summarized as “neurons that fire together, wire together.” This process is believed to play an important role in learning and memory.

Researchers are now coming to understand that even weak memories can have an enhancing effect on learning. An animal may have a relatively mild or weak experience that doesn’t, all on its own, result in the formation of a long-term memory. Despite this, that experience can still prime that animal for long-term memory down the road. Research in rats shows that pairing a light one time with a mild shock did not create a lasting memory, but if the light was followed by a 2nd pairing hours – or even days – later, the rats demonstrated a strong long-term memory (Lee et al. 2018). We still need additional research to confirm how this works outside of the lab. However, this work suggests that the accumulation of small stressors – not just one big stressor – could result in long-term fear learning. If this is the case, it is yet one more reason that we need to be careful of protecting our dogs from stress. Particularly stress they cannot control as lack of control is a major factor in the ability to cope with stress. I think of situations like dog parks and poorly run dog daycares and what the implications of multiple “mild” altercations or negative experiences may be on the long-term wellbeing of the dogs.

Here’s another thing to keep in mind regarding the development of fear. Typically, when we think of learning, we think about the importance of timing. However, a concept called contingency is also extremely important. Contingency refers to how reliably an experience predicts an event. The more consistently something predicts an unpleasant experience, the stronger the fear learning will be (Rescorla, 1968, Wagner et al. 1968). For example, if a dog is poked with a needle every time they go to the vet, they will develop stronger fear than if they are only poked with a needle half of the time they go to the vet. In the first case, the contingency between the vet clinic and the needle is very high (100%). In the second case, the contingency is much lower (50%). This is why it’s extremely important that we create as many positive experiences for our dogs as possible. Not just at the vet, but in their life in general.

We most frequently think of fear in the context of a particular CS-US pairing (such as lab coat + injection pain), but there are other ways fear can develop as well. Animals can also learn fear through pairing an aversive stimulus with the animal’s behavior. Studies suggest that fear is an expected side effect when animals learn to avoid a particular behavior due to shock. For example, in the lab researchers may set this up by administering a shock to a rat when it enters a particular area of a cage. When this happens, two things occur: 1) the rat learns to avoid that area of the cage and 2) the rat develops conditioned fear of the corner of the cage. While very closely related, these two processes are different as the first (avoidance) is an instrumental process and the second (conditioned fear) is a classical process.

What’s the difference between this example (moving into a particular area of the cage) and the example of the lab coat and the injection? In this example, the shock is occurring as a result of the animal’s behavior – this makes it instrumental conditioning. In the lab coat/injection example, it is the presence of the lab coat – rather than the dog’s behavior – that predicts the vaccine. That makes it classical conditioning. Fear can be produced through both processes. In addition, once an avoidance response has developed, it can interfere with the extinction of the fear since the dog now avoids that stimulus and, therefore, never has a chance to learn that the conditioned stimulus doesn’t always predict something unpleasant.

Not all fear develops as a result of a relationship between a particular CS and a particular US. Multiple exposures to a variety of aversive stimuli – particularly during development – can also lead to increased fear later in life. Both cases – an association between a particular CS-US pairing (especially if the US is very intense, or potentially life-threatening) and multiple negative life events – can lead to behavior problems and decreased wellbeing. In humans, these experiences can lead to the development of a variety of conditions including generalized anxiety, depression, and post-traumatic stress disorder. Evidence is mounting that dogs experience a similar process with similar results (McMillan 2020). The impacts of exposure to a variety of stressors over a long period of time can begin to help us understand why some dogs struggle so much with everyday life and others do not.

All of this tells us how important it is to focus as much as possible on the prevention of fear in animals. The process starts with good breeding (for those who are getting dogs from breeders) and involves trying to minimize negative experiences of the dog throughout their lifetime. Don’t worry – dealing with normal, everyday unpleasantness can actually increase resilience. So, don’t fret too much about isolated incidents that are only mildly upsetting to your dog.

The most important thing we can do is pay attention to what our dogs are telling us and remove them from situations that are upsetting to them. Watch their body language. Are they tense? Yawning or lip licking? Are their tails tucked or their ears down? These are all signs that they are uncomfortable. Also watch their behavior. Are they avoiding interacting with other people or dogs? Trying to get away from the situation? Refusing to take food that they would normally enjoy? These are also signs that the dog is struggling to cope. Even dogs that may seem happy and excited could be struggling to cope. If the dog cannot settle or is jumping up and mouthing at the owners (or another familiar source of comfort) repeatedly, that could be a sign that he or she is overwhelmed. In these cases, moving the dog to a quieter place where they can get a break can be very helpful. Next time, consider how you can introduce them to the situation more slowly or do so in an area where the dog has more space to move away or choose a situation that is less busy and stressful. The goal is to maximize the dog’s positive experiences and minimize their negative experiences. When they do experience something upsetting, giving the dog the choice to move away also teaches them they have the ability to escape something aversive. Learning they have control over their environment is extremely powerful and can have a major impact on their future stress resilience.

Fear drives many of the unwanted behaviors that we see in dogs – and people. Although there has been limited research on fear in dogs, we can draw from research that’s been done on other species to expand our knowledge of how fear develops. This knowledge then becomes our superpower when working with dogs and their families – we can make a difference in how fearful a dog becomes. Science and the knowledge that comes with it is powerful. The more we know, the more we can help. If you’d like to learn more about the science of animal behavior – including fear – please take a look at my educational opportunities here.