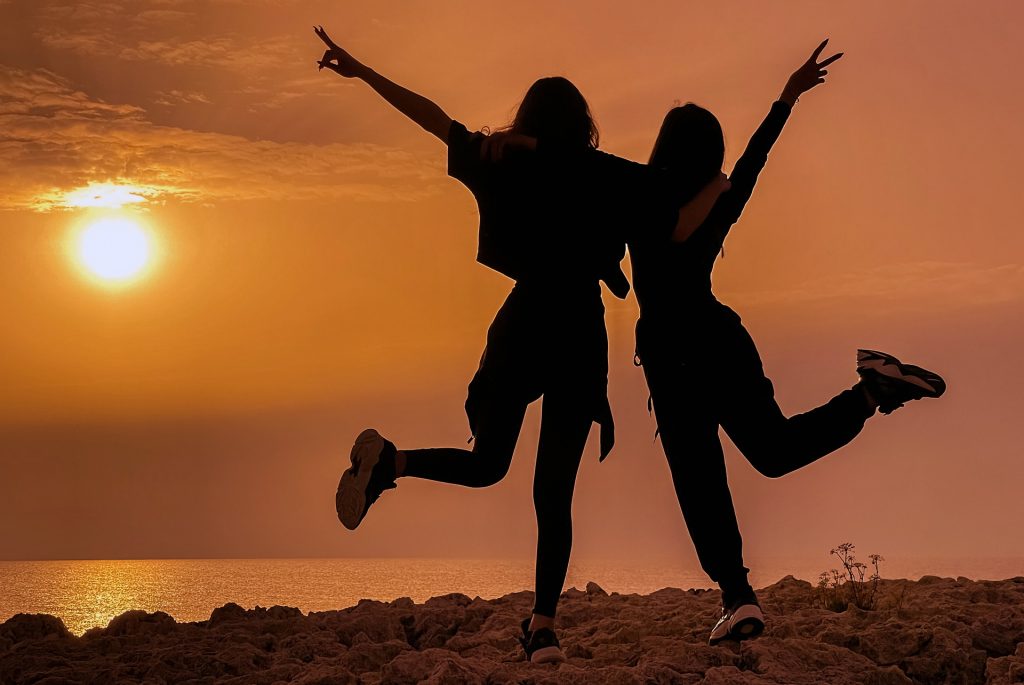 Adolescence. We all know what it’s like. Raging hormones, wanting to be the center of attention, rebellion, risk-taking behavior–and those all-important social relationships. I’m talking about humans, but is it really so different in our dogs?

Adolescence in dogs starts around six months of age (in females, it begins when they enter their first estrous). The end of this period is harder to pin down, but is probably somewhere around 18 months, give or take several months. Unfortunately, there isn’t a lot of research about dogs in this developmental period. That leaves us to draw from experience, research in other species, and the small handful of studies that have been done.

One thing is clear—just like parents of human teenagers, living with an adolescent dogs is challenging. I have seen Facebook posts from extremely accomplished and knowledgeable professional trainers that are struggling with their adolescent dogs. We, too, struggled with our youngest during his adolescence. “Teenage” dogs often have a lot of energy, a lot of big feelings, limited training, and poor impulse control. Combine this with a busy family life, or an inexperienced or disengaged guardian, and it can be a recipe for disaster. Indeed, at least anecdotally, behavior issues often emerge or escalate during adolescence. In addition, shelter and rescue groups are inundated with dogs from six to 18 months of age.

Although I have not intentionally sought out information on adolescent behavior, I have come across several studies that discuss adolescence while reading about other subjects. The information I have found has changed my thinking about adolescents and I want to share that knowledge with you now.

Adolescents are vulnerable to stress

Research in several different species has shown that the period of adolescence is one of heightened susceptibility to stress. There are two things happening here. First, this period of development is characterized by dramatic neurological development. During periods of development, systems are often strongly influenced by the environment. That means that when a teenager experiences certain types of stress (namely chronic stress or trauma), it may literally change the way their brains develop. This means that experiences during adolescence can have long-lasting, or even permanent, impacts on the structure and function of the brain.

Second, the impacts of stress during earlier periods of development (prenatal or juvenile stress) often begin to impact behavior during the adolescent period. So, adolescent dogs may start to struggle in adolescence, even if they appeared to be coping well with their world when they were younger. This will be particularly true for dogs that experience chronic stress or trauma as puppies or while in utero.

As I mentioned above, substantial changes to the brain occur during adolescence. We know that in humans, brains don’t fully mature until sometime in the early- to mid-20s. One of the last parts of the brain to fully develop is the prefrontal cortex. The prefrontal cortex is responsible for a number of processes, including executive function. Executive function refers to the processes involved in the “effortful self-regulation of behavior” (Foraita et al., 2021). That includes skills like impulse control, attention, and emotional regulation. Although we don’t have data on the developmental timeline of the prefrontal cortex in dogs (at least not to my knowledge), there was a recent study on cognition that showed dogs performed better on executive function tasks at two years than they did at nine weeks.

Yes —there is a lot of missing data in between! That timeline, however, is consistent with the idea that tasks controlled by the prefrontal cortex are slower to develop. To put it simply— it’s very possible that adolescent dogs have limits on their impulse control and emotional regulation capabilities.

It turns out that social interaction is critically important to normal development in several species, including rats and humans. Play, in particular, seems to be important for normal development. Adolescent rats that were not able to play with age-matched peers show a number of social deficits, including increased defensiveness around other rats and a reduced ability to diffuse social conflict. It also appears that play may increase stress resilience!

Social interaction is also extremely important in human teens. Several papers have already been released on the mental health effects of COVID lockdowns on teenagers and the results are dramatic and concerning. Studies have found a wide range of impacts including increased inattention, irritability, fatigue, depression, and anxiety and decreased learning and cognitive function. According to the Center for Disease Control, suicide attempts in teenage girls were up by 51% in 2020! Keep in mind that these impacts occurred despite the teens spending ample time with other family members.

In wild Canis species, the young typically leave the group at about one year of age (give or take six months or so). During this extended period of family living, they experience continued social interaction and socialization. At the same time, they are eventually able to leave and become more independent. The typical pattern for pet dogs is that they leave their birth family at about eight weeks and never gain the opportunity to become more independent – at least not the same way the would in the wild. More knowledgeable homes in the right environment, may be able to provide more independence and control as dogs get older, but this is not the case in many pet homes.

It’s difficult to speculate about how this might impact their development. The only tidbit we have is that several studies have shown that dogs raised by their breeders tend to have less behavior issues. There are many possible reasons for this, so we just can’t draw any strong conclusions without more research. I do think it’s worth considering how we might be able to simulate a more natural environment. For example, if littermates are adopted locally, it may be beneficial to have regular get togethers with the littermates and mom.

In a closely related issues, many young dogs don’t have a lot of opportunity to engage in choice. This is true for dogs of all ages, of course. However, remember that adolescents are especially vulnerable to stress. This may also be an age where they are started to need more independence.

This lack of agency may have several consequences. For one, we know that decreased opportunities for control is associated with increased vulnerability to stress. It also likely leads to increased reactive/defensive behaviors and decreased proactive behaviors.

When animals enter a new environment, they have to make an estimate about how much control they have in that environment. That is, does their behavior matter? If they have learned that their behavior does matter, they are more likely to explore and engage in more flexible behavior. Why do we care about flexible behavior? If an animal can flexibly adjust their behavior to the environment, they can better cope in a variety of contexts. For example, if we interact with clients the same way we interact with friends at a ball game, or a late-night party, we would probably start having some issues with our professional lives! Instead, we adjust our behavior according to the context. This is a good thing! We want our dogs to be able to do the same thing.

Lack of control can also lead to increased fear and defensive behavior. For example, many people tend to hurry dogs along and not allow them to stop and sniff or watch the world around them. This robs young dogs of the chance to learn as much about their world as possible. Letting our dogs explore their environment as much as they need to (within reason), is one way of granting control. It also gives them the opportunity to interact with a wide range of environmental stimuli and learn that those things are not dangerous. (Obviously, we need to step in to make sure dogs aren’t being put in situations that actually are dangerous or threatening.) Again, we need research to confirm (or disprove) this, but I have a hypothesis that giving dogs more time to explore their environments would decrease their fear, anxiety and/or reactivity in the long run.

Where do we go from here?

I made several suggestions above about approaches we can take to help our adolescent dogs. Namely, we need to be patient with them, provide ample opportunity for safe socialization and interaction with age-matched peers, and give them a reasonable amount of control. Dog guardians, ask for these services from your local trainers and shelters. Dog professionals, consider how you can modify or add to your existing programs to offer better support for adolescents. Researchers, please consider designing studies to examine the factors that influence social development and emotional health in adolescents.

If you’d like to keep up-to-date on the latest research on dog behavior, please join Research Bites! Each month, I present a webinar and lead a discussion on a recent paper on dog behavior. There are several other membership perks as well! Get more information here. You can also sign up for my newsletter here.