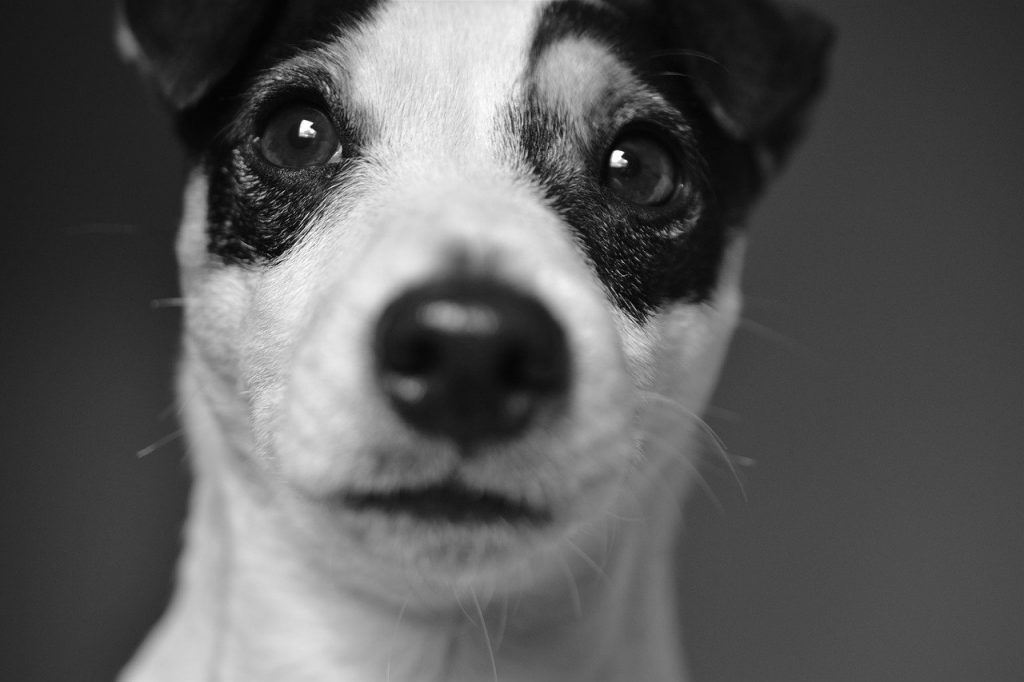 I recently came across a paper (Bräm Dubé et al. 2020) that looked at a characteristic called ‘sensory processing sensitivity’ or, more informally, ‘high sensitivity’. The authors define “high sensitivity” as a personality trait where people 1) process sensory information more deeply than normal, 2) are hyperaware of stimuli, and 3) react to stimuli with strong emotional responses. In previous research, the same group found evidence of a similar trait in domestic dogs, which they refer to as canine Sensory Processing Sensitivity (cSPS).

The authors wanted to examine the relationship between cSPS, owner personality and training style, and dog behavior. They lay out their argument for thinking there may be a link between these factors as follows. SPS in humans is associated with a number of mental health problems including anxiety and depression. We also know that the parents’ personality can influence behavior problems in their children. In humans, there is an interaction between parenting style and child personality – more sensitive individuals are more deeply impacted by poor parenting style. We have good evidence that humans and dogs form attachments similar to the parent-child attachment. Finally, there is evidence from previous studies that owner personality may play a role in behavior issues in dogs. All of these factors make it worth investigating the relationship between cSPS, owner characteristics, and behavior issues in dogs.

The data was gathered using surveys. They had 3,646 owners respond to the survey which gives us a nice large sample size. This is important because large samples are more likely to give us an accurate picture of the population they are representing. ‘Behavior problem’ is a relatively vague term that can have a lot of different meanings. For this study, the researchers simply defined ‘behavior problem’ as anything that was defined as a problem behavior by the owner. That does not necessarily mean that it represents abnormal behavior. However, this is still valuable information to have because if the owner views a behavior as problematic that will influence how they interact with the dog, how likely they are to keep the dog, and how likely they are to seek help for the behavior.

In the survey, 42% of owners reported that their dogs have behavior problems. The researchers also asked about the types of training methods used. Rather than using technical terms like “positive punishment” and “negative punishment” they described examples of what the owner might do and asked respondents to indicate whether they had used that particular method. For example, tugging on the lead, or giving their dog a time out. Based on these answers, 73% of owners used positive punishment and 67% used negative punishment. Almost every single person in the study (with the exception of three respondents) used positive reinforcement, which is very nice to see!

The authors put forward several different possible explanations for the findings. First, individuals with SPS are more sensitive and responsive to external stimuli which means they may be more easily overwhelmed by stimuli. This feeling of being overwhelmed can lead to stress. In people, there is a positive association between high SPS scores and self-reported levels of stress. It’s possible that our dogs could have a similar experience. If dogs with cSPS personality traits are more vulnerable to stress, that could certainly make them more likely to show a wide range of behavior problems, including anxiety-related issues and decreased tolerance for frustration. Another possibility is that dogs with higher cSPS are more sensitive to the characteristics of their owners, such as owner personality and training style. We do know that SPS seems to be associated with increased sensitivity to the environment, and owners are part of a dog’s environment, so this idea is consistent with what we know about SPS in humans.

Here are some possibilities:

Any of the above could be true. There are other possible explanations as well, I just listed a few examples. We simply cannot know from the data we have here. We need additional studies to try to piece apart the answer.

I think this is a good example of how behavior can get very complicated, very quickly. On the face of it, this may seem like a simple study. Dogs with highly sensitive personality have more behavior problems. But, once you start to dig into it just a lit bit, things start to get very murky. Here are some key points:

So, what can we do with this information? Is it worthless? Not at all! I think one of the most important and impactful things we can do is be curious. Use this information to encourage you to look at dog behavior from a different perspective. Think about what might be motivating the dog’s behavior. Could it be that they are feeling overwhelmed because there is too much going on? Could moving them to a quieter place be helpful? Or finding some other way to limit their sensory input?

If you work with clients, it may be helpful to alert the client to the possibility that the dog may be easily overwhelmed and teach them how to help their dog cope with those feelings. Better yet, teach the client how to prevent their dog from getting to that point in the first place! Examples of that include learning to watch for subtle signs that a dog is becoming overwhelmed. In many dogs, this will present as an inability to focus on the owner or food and difficulty settling or relaxing. They may be alerting and pulling toward multiple different stimuli in the environment. Other dogs may begin the process of shutting down and may slow down or stop frequently on a walk. When we see these signs, it’s a good time to move a dog to a quieter environment. That may mean leaving a training class or park, or moving to a quieter area.

Again, reducing incoming stimuli can also be helpful. This can be done with the use of visual barriers, or by moving dogs further away from activity. Calming Caps are mesh caps for dogs that cover their eyes. They are still able to see, but the cap limits the amount of visual stimulation coming in and can have a calming effect on many dogs. The cap should be introduced slowly with the use of food so that the dog is comfortable wearing it. The Muzzle Up project website has some great videos on muzzle training a dog and the same principles can be applied to getting a dog comfortable with a calming cap.

This data also suggests that we may need to be extra careful about using negative punishment with cSPS dogs. The most common forms of negative punishment are things like turning your back on the dog or giving them a time out. I think negative punishment can be helpful at times, but if it is exercised too often and is not combined with skills training it can lead to increased frustration and distress without effectively changing the behavior. In terms of skills training, I recommend teaching dogs: 1) what we want them to do (for example, walk on a loose leash or stay on a bed) and 2) how to cope with stress in acceptable ways (such as playing tug or chewing on a bone).

If you’d like to learn more about recent behavior research in dogs, then you’d love my Research Bites monthly webinars. In January, we’ll be talking about a research paper on clicker training. I also offer several multi-week courses on the science behind dog training and behavior. My next course, Advanced Concepts in Instrumental Learning – starts on January 14th. In February, I’ll be teaching a course on Advanced Concepts in Learning – Beyond Reinforcement and Punishment. The February course is more focused on topics outside of instrumental learning, including emotional and observational learning and the neuroscience of learning.