Ethology in Training and Behavior – Why Does it Matter? 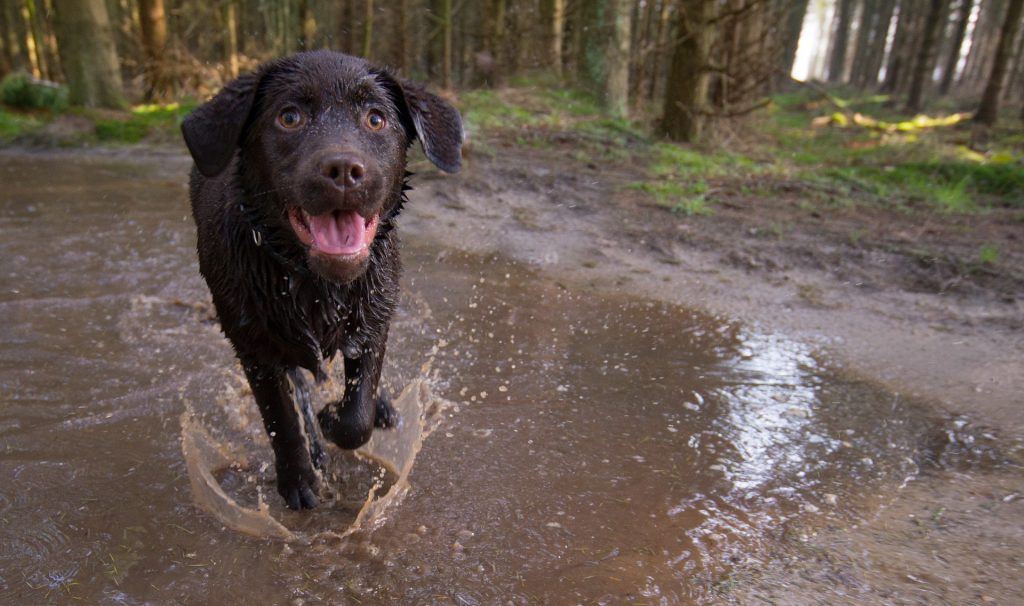 Trainers are well-versed in learning theory. This is for good reason because a strong foundation in instrumental conditioning is essential for being able to effectively change behavior in dogs. However, it’s not the only thing that matters. There are many other aspects of behavior that are also important. These include development, stress, species-typical behavior and cognition. Before we dive into details in this regard, let’s start with a little history.

Behavioral research really took off in the early 1900s. Many in the field are familiar with John Watson and B.F. Skinner’s work on behaviorism – the study of the acquisition of behavior through reinforcement and punishment. Most of the behaviorism research was taking place in the United States. This research was largely done in labs and the focus was on finding general principles of learning that applied across species. There was a heavy focus on the role of the environment in producing behavior. Watson, Skinner and others in their field fundamentally changed and advanced our understanding of learning and behavior and research in this field is still very active today.

In Europe, researchers were taking a different approach. Behavior researchers in Europe were more focused on observing the behavior of animals in their natural environment, rather than in the laboratory. These scientists were focused on instinct and adaptation, rather than learning through reinforcement and punishment. This approach to animal behavior is known as ethology. Ethology is defined as the study of animal behavior in the natural environment. There is also a particular focus on the cause and evolutionary function of behavior. Niko Tinbergen and Konrad Lorenz were two of the most influential researchers in this school of behavior research. You’ll hear more about Tinbergen in a bit!

Disagreements between which approach was best became extremely heated at times, particularly after World War 2. Ultimately, the disagreement came down to the now-familiar argument of whether nature or nurture is primarily responsible for behavior. We now know that the answer is not nature or nurture, but rather that nature and nurture interact to produce behavior. Most scientists now believe that both the study of 1) learning through reinforcement and punishment and 2) ethology are necessary in order to understand and explain behavior. As a result, many of the tensions experienced in the last century have dissipated.

What does ethology add to our discussion of behavior? Ethology centers it’s approach to animal behavior on the role of evolution in behavior. This is put into practice through the application of Niko Tinbergen’s four questions. They are as follows:

The first two questions (causation and development) have to do with the immediate mechanisms behind the behavior. They examine the environmental and physiological or neurobiological causes of a behavior. These explanations are known as proximate causes.

Questions three and four (evolution and function), on the other hand, relate to evolutionary causes of behavior. They consider the adaptive value of the behavior and how it may have evolved. These explanations are called ultimate causes.

For example, we know that chronic stress during development can have profound and long-lasting impacts on an animal. Among other things, it can increase vigilance and anxiety-related behaviors. In this case, the proximate causes of anxiety and hypervigilance are stress during development (environment) which then causes the stress response system to become dysregulated (physiological). This increase in hypervigilance and anxiety seems like a bad thing, particularly from our perspective as pet owners. However, many scientists believe that early life stress signals to the animal that their living environment will be challenging for years to come. If that’s the case, then increased vigilance and anxiety may actually be beneficial by helping the animal respond appropriately to threats. This makes them more likely to survive long enough to pass on their genes to their offspring. This ultimate explanation can help us understand why the relationship between stress and anxiety may have evolved in the first place.

Tinbergen’s four questions are fundamental to the field of ethology. One of my favorite quotes comes from Theodosius Dobzhansky. He said, “nothing in biology makes sense except in the light of evolution”. Although he’s referring to biology, ethology is a subfield of biology and it applies just as much to ethology as it does to biology. This simple, but profound, statement communicates just how important evolution is to the understanding of animal behavior.

I encourage you to spend some time observing your dogs (or other animals) with Tinbergen’s questions in mind. As trainers, most of us are well-practiced at paying attention to the first question and second questions. However, you may be less accustomed to thinking in terms of the 2nd part of the first question (the mechanisms behind the behavior) or the last two questions. Here is a video of my dog. Take a look and challenge yourself to answer the four questions in relation to Finn’s behavior. Don’t worry about getting it right! The important thing, for now, is just to think about behavior from a different perspective. See what you come up with!

(If you have trouble viewing the video here, you can click here to watch it on Youtube)

Here are my thoughts. These are just some brief ideas – I did not take the time to dig into the actual research on this, so please don’t take these as fact! Just educated guesses.

Thnk about these questsions next time you’re observing an animal. Does it help give you new insights into their behavior?

The study of ethology is quite broad and includes many subdisciplines. This include many fascinating topics including behavioral genetics, domestication, behavior and physiology, cognition, play, social behavior and human-animal relationships. There is so much here! Ethology is one of my favorite things (can you tell?) and I can’t wait to start teaching it. My first course is coming up on Thursday, May 5th, 2022 (though the first live call isn’t until May 12th, so you won’t miss anything if you register a little after the 5th). Click here to get more information!