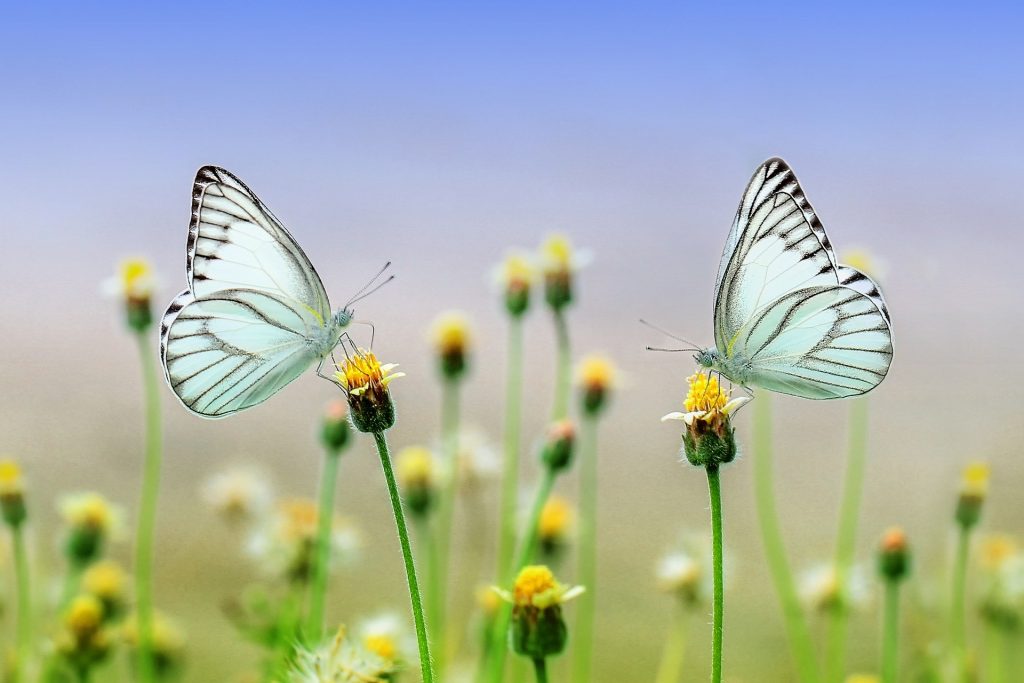 The world seems like a very stressful and serious place right now. This month, I wanted to do something a little different and share with you some research that just brings me joy and reminds me why I love animals so much and why I am an animal behaviorist.

We still don’t fully understand the process of evolution. We obviously know that domesticated animals differ from their wild counterparts in a number of ways. However, it’s still unclear exactly how that process begins. It could be that those changes arise from novel mutations that create altogether new features in domestic animals, or it could be that we select for and build on variants that are already existing in the wild populations. Truly, it’s probably a mix of both. There is a lot of interest in understanding domestication as it helps us understand how certain traits evolve and how they might relate to other characteristics, such as interspecies communication. A recently published paper (Wheat and Temrin, 2020) examined the behavior of fetch to try to gain a better understanding of dog domestication. This is an interesting topic because human-directed play requires a certain degree of interspecies cooperation and communication. The question is – is this something unique to dogs, or do we see it in wolves as well?

The researchers tested thirteen 8-week-old human-socialized wolf puppies to see if they would chase a ball. The human play partner was someone that the wolves pups did not know. Most of the wolves did not chase the ball. In fact, eight didn’t show any interest in the ball at all. However, three wolves fully retrieved the ball at least twice (out of three throws) and one retrieved it all three times! (The remaining two pups showed some interest in the ball, but did not return it.)

This is really cool! This means that fetching a ball is something innate in wolves. Of course, we have selected for this in dogs, so it’s more pronounced in most dogs than in wolves. But, it would be very interesting to see how this behavior varies by breed. Further, I’d love to see if there is a connection between innate ball fetching behavior and other behavioral characteristics, such as trainability, responsiveness to human cues, attachment, and prey drive. This kind of research could give us additional, important insight into the function of play behavior in general, as well as the function of interspecies play. I think I’ve just talked myself into doing a Research Bites talk on play!

When this study first came out, I was ecstatically excited. The problem was, many of my friends had no idea why this research was such a big deal. It came out four years ago, but I still can’t let it go and I wanted to share it with all of you so you’ll get why it’s so cool. Hopefully, you’ll find it as amazing as I do!

The string-pulling task is an experimental design where a reward is visible to the animal but is only accessible if the animal pulls on a string attached to the reward. It’s a test of an animal’s ability to solve a novel problem using skills that are not innate. The researchers (Alem et al. 2016) set this up for bumblebees using artificial flowers as the reward. Similar to the wolf pups, most bees did not learn to pull the string. However, two (out of over 150 individuals) did learn how to access the flower by pulling the string. The successful bees were very exploratory and tried many different things before figuring out how to access the flower. You can watch a video of one of the bees that did succeed here. It spends about 2 minutes flying around – things start to get interesting at about 2:30 minutes. Incidentally, this is a common feature of tool use in animals – those that successfully use tools tend to have a tendency to manipulate objects. Tool use is also primarily learned through trial-and-error learning which is exactly what appeared to happen in this video of the bee! So, that’s pretty cool, but it’s not the only really exciting thing about this paper.

The researchers then attempted to intentionally train the bumblebees to use the string to access the flowers, which they are able to do successfully (see videos S1, S2, and S3). Finally, they test the bees to see if naive bees are able to learn the string-pulling task from watching other bees. And they are! 60% of the bumblebees that observed experienced string-pullers obtain food by pulling the string were also able to successfully complete the task themselves (video of observer bee figuring out the task after watching another bee). The experimenters then looked at how this knowledge spreads within the colony. They found that the knowledge quickly spreads from a single individual to the majority of the colony and is then passed down through multiple generations! Do you know what this is? Culture! This is not breaking news in the animal world – there are many examples of culture in non-human animals – but every time I read about it, I get excited all over again. Remember those two ‘innotavtor’ bees that figured out the string-pulling task on their own? In the natural world, those bees may have become models for other bees in the colony. This could have eventually led to a cultural shift in that colony toward a new behavior. This has been seen in species in the wild such as wild chimpanzees opening coconuts using rocks or macaques washing their food in the ocean.

Animal behavior is awe-inspiring and studies like the ones I list in this blog post serve are important reminders that we, too, are animals and not that much different from the rest of the natural world.

Here are a few other interesting studies that I also found fascinating.

Honey bee hives communicate in a way that is very similar to neural communication in the brain! Borofsky et al. 2020

Dogs and horses can engage in interspecies play and when they do they utilize a set of fine-tuned communicative responses to minimize any possible misunderstandings and facilitate the play Maglieri et al. 2020

More than one kind of “smart”

Not for the first time, researchers call for an expanded view of cognition and advocate for investigating animal cognition for its own sake, not just in relation to humans. I wholeheartedly agree with this! Look for more details on this study from me in the future! Bräuer et al. 2020

If you’d like to learn more about these kinds of topics, check out my upcoming multi-week courses (particularly the ones on Ethology), the Research Bites monthly webinars and join my mailing list!

What other studies have you seen recently that you’ve found particularly interesting or exciting?